The Antwerp Monumental Churches organization developed a number of activities to accompany the city cultural festival Antwerp Baroque 2018: Rubens Inspires, which explored the work of Peter Paul Rubens (1577–1640) and the heritage of the Baroque. Since then, the following activities have enhanced the permanent offering at the five monumental churches. 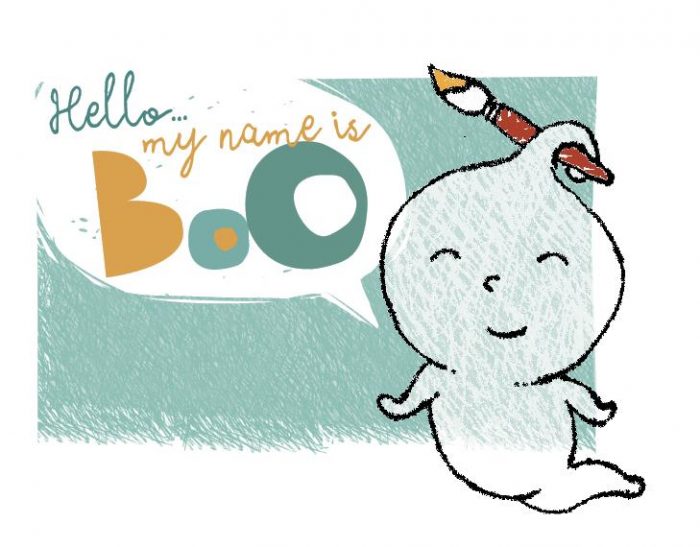 The activity sheets are the starting point for the whole family to discover the history and treasures of each church in a playful and educational way. Go exploring with the little ghost BoO and turn every church visit into a fascinating experience.

Here are some of the visitor reactions we have received:

Yes, this is for kids, but I’ve done them in every church […] this helps to look more closely, higher, lower. Great!

I think it’s brilliant idea. Some of the tasks are quite hard, but with your tips, we managed it in the end. So keep it up!

Funny and helpful way to get the children to play.

In Rubens’ Footsteps: a biographical exploration of Antwerp’s monumental churches

Thanks to the painter Peter Paul Rubens, the monumental churches of Antwerp boast an outstanding selection of Baroque masterpieces. Baroque is a style full of drama, emotion, movement and ingenious use of light and dark. Rubens added an ingredient of his own to all that: an infectious joie de vivre and an eye for every detail of human life.

A visit to Antwerp’s monumental churches reads like a biography of Peter Paul Rubens. Come with us to St Andrew’s Church, the Cathedral of Our Lady, St Paul’s Church, the Church of St Charles Borromeo and St James’ Church and discover their close ties with the greatest Baroque artist of the Low Countries.

You can trace his development from eager and talented pupil to brilliant and versatile artist; his expanding network in Antwerp, and the joys and sorrows he shared with his family. Their doors open to reveal masterpieces by Rubens, which he painted centuries ago to provide these churches with magnificent decoration. They served as propaganda for the Counter Reformation – a movement to reform Roman Catholicism as a powerful response to the Protestant Reformation. At the same time, the works helped make Rubens himself famous.

Download the walk via the Antwerp Museum App (antwerpmuseumapp.com)

Groups can be shown around by an experienced guide. There is a choice between two different routes.

Rubens's Rise: the Versatile Apprentice who Surpassed his Master

Rubens did not appear out of thin air. No matter how personal his style and talents, he had to learn his craft somewhere. The study trip he made to Italy in 1600–08 is well known, but what inspiration did he find there precisely and can we trace it in his Antwerp masterpieces?

The young Rubens initially learned his trade in Antwerp, particularly under the humanist Otto van Veen (1556–1629). In the famous Raising of the Cross, now in the Cathedral, you can discover how indebted Rubens was to his most important teacher and to the latter’s masterpiece in St Andrew’s Church. See Rubens grow step by step into the figure he became: a great master of Baroque painting, who surpassed his predecessors. The apotheosis of his brilliance can be seen at the Church of St Charles Borromeo, for which Rubens designed no fewer than 39 ceiling paintings and several decorative elements of the architecture.

You also get to know the artist as a family man and a churchgoer. Where did he go to school? In which church was he married and his children baptized? Where did he attend Mass on Sundays? You will get an answer to all these questions during Rubens’s Rise.

When: Monday–Saturday at 2 p.m., summer season only (April–October).
Duration: 150 minutes
Number of participants: maximum 20 persons per group
Price: € 120 per group for the guide: Cathedral entry is not included and must be paid by the group leader at the reception desk
Languages: Dutch, English, French and German

Information and booking via info@topa.be. Please book at least three weeks in advance.

Rubens's Prime: The Apelles of Antwerp Colours his City

There was a surge in the decoration of Antwerp’s churches and chapels with new artworks in the early 17th century, when the Twelve Years’ Truce (1609–21) brought the city a period of peace and prosperity. It was on the eve of that same period that the ambitious and talented Peter Paul Rubens returned from Italy. He immediately received commissions for altarpieces, from the Dominicans in the first instance. Rubens made several paintings, varying significantly in style, for their St Paul’s Church, but do you know the other reason he visited the church regularly for many years?

The commission for the Descent from the Cross, meanwhile, Rubens’ most famous Antwerp work, came via his friend Nicolaas Rockox, dean of the Arquebusiers’ Guild, which had its altar at the time in the Cathedral of Our Lady. It is an iconic scene that would be endlessly copied and also inspired other artistic genres. You will find several fine examples in St James’ Church, the final stop on the Rubens’s Prime route.

It is there that Rubens’ biographical journey of discovery ends, at his tomb. But besides grief and mourning, the Rubens family also experienced the joy of a wedding and several baptisms at their parish church. Whether the artist attended the church on other occasions too, you can discover during Rubens’s Prime.

When: Monday–Saturday at 2 p.m., summer season (April–October) only.
Duration: 150 minutes
Number of participants: maximum 20 persons per group
Price: € 120 per group for the guide: Cathedral and St Paul’s Church entry is not included and must be paid by the group leader at the reception desk.
Languages: Dutch, English, French and German

Information and booking via info@topa.be. Please book at least three weeks in advance.